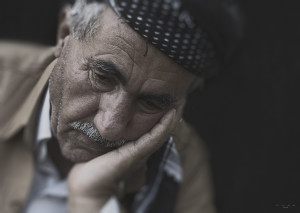 Financial elder abuse is a rapidly growing problem amount the 60+ age groups in most states. Year after year, thousands of elderly people are being cheated out of their money by either their family members or people in positions of authority over the, Most elders don’t report the issue, they see it as a sign of weakness and even blame themselves for their loss. The state of Illinois has made amazing strides over the last few years to educate bank employees and other financial service workers on how to identify elder financial abuse and what to do to stop it. Not only this, but there are also many laws and organizations that will assist the victims of elder financial abuse once reported. You just need to pick up the phone to help an elder in need.

There are estimates that around 76,000 of their elderly residents of Illinois are being abused in some way or another. However, only 8,000 cases are being reported per year.

The 2007 report stated that 45% of the reported abuse cases are financial. This percentage has slowly risen and in 2011, Illinois received over 6,000 reports of elder financial abuse. Putting the percentage of elderly abuse reports for financial reason up to 57%.

The percentage of this particular problem only seems to increase each year, holding a grim future for the elderly of 2016 and beyond.

Since 2013, Illinois has enacted numerous pieces of legislation to create a statewide center for abuse and neglect crimes against the elderly. This hotline serves as the number one defense against elder financial crimes and general crimes of abuse against the older Illinois population. The purpose behind the statewide hotline is focused on the protection of the elderly and adults with disabilities in particular.

This state-wide organization gives strength to the community as a whole and serves as a voice for the voiceless.

If you suspect elder abuse in your community or are the victim of elder abuse, do not hesitate to call any of the authorities or organizations located below for help.

All organizations that handle elder abuse, in any form, in the state of Illinois have a toll free number, so please pick up the phone and contact the proper authorities for a case of suspected abuse.