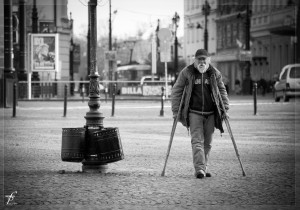 Studies have shown that people over 50 control more than 70% of the nation’s wealth. It’s shocking to learn that a good portion of this money is being taken away from the elderly through financial abuse. Washington State has experienced an unprecedented number of financial elder abuse cases the last five years. In these cases, elders (60+) in Washington State are being coerced or manipulated into giving people, usually a family member, their money or property. In most cases, the elder will not report the incident due to embarrassment or fear of consequences from the perpetrator. The people that are financially abusing the elderly are often in positions of authority, such as caretakers, immediate relatives, or both. This is why it’s important to speak out for people that are in these types of situations, and Washington State has all the necessary tools to do just that.

Washington State Adult Protective Services released a report in 2009 stating that around 14,500 cases of elderly abuse were reported that year.

According to Washington State’s Adult Protective Services, there was almost a 50% increase over the last 5 years in cases of elderly abuse. In nearly 15% of these cases, the victims suffered from life-damaging financial abuse, costing them thousands of dollars.

Many Washington officials have responded to this rising threat by passing legislation to help prevent financial elder abuse. However, elders that are continuing to suffer from this type of abuse need people to stand up and speak out for their well-being.

Washington State has passed a comprehensive number of statutes to help elders recover from financial abuse. These laws are available for review in the Revised Code of Washington, Title 74, Chapter 74.34: Abuse of Vulnerable Adults Act.

In addition to the large list of helpful legislation, in 2010, Senate Bill 6202 was passed and enacted. This bill requires all financial institutions (banks, loan offices, etc.) that are in Washington State to give their employees the proper training on how to recognize financial elderly abuse victims.

If you or anyone you know is in need of assistance in Washington State, both the Washington State Adult Abuse and Prevention Program and Washington State Aging & Disability Services Administration are available at any hour to assist you. These organizations will investigate any claims of elder abuse and give you the tools necessary to seek justice against the perpetrator.

The elderly community of Washington State needs a voice, now more than ever; please inform any of the authorities above if you have witnessed signs of elder abuse.