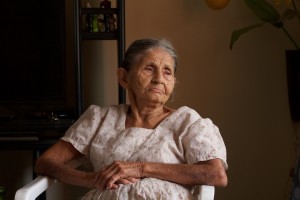 Financial elderly abuse is one of the most prominent forms of abuse, not only in Michigan but also in the United States as a whole. Over the last decade, this problem has increased drastically with both the expansion of the elderly community and the rapid expanse of technology. This has given people the opportunity to financially exploit people over the age of 65. However, many states have taken the initiative to improve their laws and regulation to help elder recover from the various abuse types and punish the perpetrators in more severe ways.

There are three main types of abuse in the state of Michigan. The first type is neglectful. This type comes from people in roles of authority and caregiving. The most common perpetrator of all types of elder abuse is a family member, usually first children.

Another type is psychical. This type of abuse is the least common but always tragic to see. Roughly 15% of abuse incidents in Michigan are psychical.

The third most common type is financial. This is a form of manipulation or exploitation that tricks the elderly out of their money or property. This type is steadily on the rise and is the most alarming and difficult to deal with. Most incidents of financial elderly abuse go unreported.

In Michigan, an estimated 73,000 elders have become victims of abuse per year. Of this number, almost half of the reported incidents were forms of financial exploitation.

Michigan has also taken the initiative to raise the penalties to perpetrators of elder financial abuse. Individuals that have embezzled between $50,000 to $100,000 from the elderly face up to 15 years of imprisonment and anything more they could face up to 20 years. This is a drastic increase in punishment from the maximum of 10 years imprisonment for $20,000 or more in 2005.

Michigan seeks to decrease the number of elderly abuse reports and keep up with the rapidly growing elder population as well. They simply need incidents to be called in.

Any incidents of financial or any other type of elder abuse should be reported to the Michigan Adult Protective Service organization.In lieu of the APS, you can also contact the Michigan Department of Human services or the Michigan Office of Attorney General. Each office has a toll-free number to contact them any time of day.

Anyone suffering from financial elder abuse should contact the organizations above for help and protection.