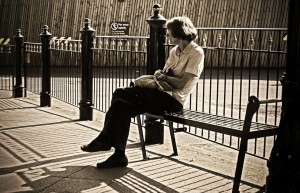 Financial elder abuse in Georgia has become a rampant problem in the state. Too often, elders fall victim to financial fraud or theft by intimidation. These crimes are often perpetrated by a close family member and go unreported. Seniors are in the mindset that being a victim is something to be ashamed of. The truth is that this has become an epidemic in the U.S. and the people suffering need to receive aid for the various government and special interest organizations that have been set up to assist with this problem. The Georgia state government has implemented many statutes and organizations dedicated to helping the elderly through this difficult situation.

Currently, 11% percent of all Georgians are over the age of 65. There is also estimation that, of this large portion of Georgia’s population, roughly 6% are suffering from financial elderly abuse. These figures equate to thousands of elders that are being mistreated each year and their hard-earned money or property is being taken away.

A large number of elderly financial abuse victims are women between the ages of 75-90 with some type of cognitive impairment. The perpetrators are statistically people close to the victim, such as family, friends, and caregivers.

In 2011, the Georgia Adult Protective Services had 4,380 substantiated cases of elderly financial abuse. Since then, the population of the elderly has steadily risen. With the rise in the elderly population, there has also been a steady increase in elder abuse reports in Georgia as well.

A study across the United States suggests that a whopping 3 billion dollars annually are lost to this crime alone.

Fortunately for the individuals that are struggling through this problem, there are a number of laws that support the victims of elder abuse in Georgia. There are also stringent punishments against people that commit these acts. Criminal penalties for financial elderly abuse can cost an upwards of 12 months of imprisonment or $1000 fine, sometimes both.

After receiving a report, Adult Protective Services (APS) will investigate the claims and take action against the perpetrator, if found guilty of financial or any other type of elderly abuse.

First and foremost notify the Adult Protective Services office in your county. If no one is available you can also call Senior Adult Victims Advocate (SAVA), Area Agency on Aging, or the Office of Regulatory Services Personal Care. If there is an immediate danger, do not hesitate to call 911.
In any event, it is important to remember that the state of Georgia will help you through any type of abuse or crime.