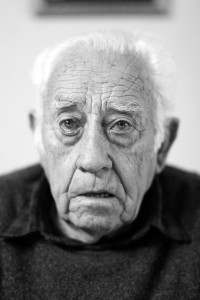 Like most other states, Colorado suffers a large number of elderly abuse reports each year. Approximately, 11,000 cases of elderly abuse are reported to Colorado officials every year, primarily for financial exploitation or neglect. It’s important now more than ever for every state to take appropriate actions and steps to fight against this atrocity. Colorado has stepped up by passing comprehensive legislation to protect elders from fraud. AARP and the Colorado Attorney General Office have been working together to enforce exploitation laws and educate various financial and state employees on how to identify, help, and educate people on elderly abuse and how to avoid financial exploitation.

A recent figure given by the Colorado Department of Human Services indicates that between 2011 and 2021 the number of elderly people living Colorado will jump by 54%. With this significant rise in the elderly population, there will also be a rise in abuse reports.

The Department of Human Services also stated that of the 11,000 reports that they received in 2014, roughly 43% required investigation, usually an indication to more severity in the case. In addition, an estimated 13 million dollars in loss was reported for 2014 in Colorado from financial elder abuse alone.

According to the Colorado Elder Abuse Task Force, the reports of elder abuse, in general, have been steadily increasing by 15% a year. These figures do not bode well for the countries elderly in coming years, which means people; need to contact the appropriate authorities when they suspect abuse.

Elder abuse reporting has become mandatory in the state of Colorado. This is a major step for any state, as it encourages people to speak up against elder abuse and changes the mindset for elderly citizens, showing that they are not alone in their struggle. This law also applies to all professions in the fields of medicine and law as well.

In addition to mandatory reporting laws, Colorado also supports a wide variety of groups and organizations that fight for the rights of the elderly. The Colorado Coalition for Elder Rights and Abuse Prevention is just one of the many organizations dedicated to protecting the elderly by arming people with knowledge and techniques on how to identify and avoid abuse of any kind, as well as giving them the information they need to report an incidence.

Many of the state-funded groups that can assist with any type of elder abuse, even financial are listed below.

Anyone suffering from financial or any other type of elderly abuse needs to know that there are ways to get help and recover what you have lost. Please contact any of the above intuitions for help and more information.