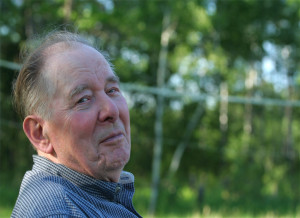 The financial abuse of the elderly is nearly a silent epidemic in California. Too many cases of abuse go unreported because of fear of further consequences. However, it’s important for financial elder abuse California victims to remember that you are not alone. There are a number of ways to get the help and support you need. Victims have a voice and there are plenty of good people who will stand up for your rights alongside you.

California has the unfortunate distinction of leading the United States in abuse of senior citizens. According to the National Center on Elder Abuse, a staggering 11 percent of the six million yearly cases of abuse of the elderly occur in California, which is the highest rate in the nation.

In a study conducted by Adult Protective Services in Los Angeles County, 26 percent of elderly abuse victims say they were taken advantage of financially. That number is only second to the 28 percent who said they were the victims of neglect. The study did suggest that many victims endured multiple types of abuse simultaneously, including physical and psychological abuse.

When many think about the abuse of senior citizens, they likely think about physical or psychological damage being inflicted on the helpless. However, as the aforementioned statistics show, elder abuse California sufferers are being victimized financially at an alarming rate.

Financial abuse includes a number of things, including misusing or outright stealing of money or property. Money can be from a bank account, pension or from Social Security, while property could be a home or vehicle.

When it comes to financial elder abuse California has some of the toughest laws in the nation. The Elder Abuse and Dependent Adult Abuse Civil Protection Act, and the Protective Placements and Custody of Endangered Adults Act are just two of the laws in place to protect senior citizens. These laws and codes are very clear and financial elder abuse California perpetrators will be prosecuted to the fullest extent of the law.

If you or a loved one has been the victim of abuse – financial or otherwise – it’s important to know that there are several ways you can get help. There are groups specifically designed to protect the rights of the victims of financial abuse, including:

The California Department of Aging, California Courts Self-Help Center and California Long Term Care Ombudsman are also available for all types of abuse. There are also toll-free help numbers for every county available to report suspected mistreatment of the elderly