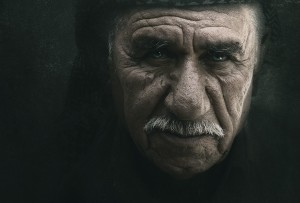 Financial abuse has been reported in Arizona as one of the most prevalent forms of abuse against the elderly. The reasons these numbers are so staggering and a lot more go unreported is that the elderly feel embarrassed or afraid because the perpetrator is statistically a family member, caregiver, or friend. The predators pretend to play roles of support for these the elderly. This is why they are afraid of the repercussions that would follow speaking up. Under revised statutes in the Arizona state law, anyone who witnesses elder abuse must report the incident to the proper authorities. This statute has been amended to include: doctors, lawyers, psychiatrists, and other types of physicians.

What is Financial Elder Abuse?

These are all powerful reasons to become more involved an elderly person’s life and teach them how to identify manipulation for themselves.

In addition, The Arizona Attorney General also stated that among these numbers, “older seniors and those very dependent on others are the most frequent victims. In fact, most victims of abuse are Caucasian 75% and female 63%. Some victims live alone 35% and some with family 27%”.

The perpetrators of financial elderly abuse are often the adult children of the victim. This is another reason the elderly don’t want to get help, they feel bad for their children. If you suspect someone of committing financial elderly abuse, please inform the proper authorities by using the contact information below.

Victims of elder abuse in Arizona must remember that there are many groups, organizations, and government-backed laws that can help anyone suffering from elder abuse, in any form.
If you or someone you know is in need of assistance please speak with: Adult Protective Services (APS) or The Central Intake Unit. Both organizations have a toll free number and a 24-hour hotline where they can be reached.

Elder abuse Arizona victims must remember that they are far from alone and good people are willing, ready and able to help!