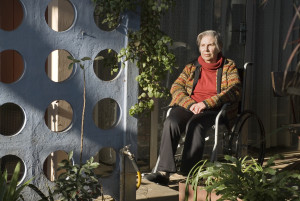 Those who are abused also tend not to say anything out of fear of more severe punishment or abuse. Unfortunately, because of the aging of the current population, it’s expected that the number of reported and unreported elderly abuse cases will increase.

Here, we will clearly define what elderly abuse is, signs that may alert you of potential abuse taking place, and what is being done to help put an end to the epidemic.

What is Elderly Abuse?

The World Health Organization defines elderly abuse as “a single, or repeated act, or lack of appropriate action, occurring within any relationship where there is an expectation of trust which causes harm or distress to an older person.” Elderly abuse can take many forms, including:

Physical – Any type of abuse that leads to direct physical injury. Forms of physical abuse include punching, hitting, kicking, slapping and isolating.

Sexual – Forcing an older American to take part in a sexual activity without consent. Bruising or other marks around the breasts or genital area are signs or sexual abuse.

Emotional – Abuse that inflicts psychological damage on an older American. Ridiculing, name-calling, criticism and belittling are all forms of emotional abuse.

Financial – Using deception or coercion to exploit an older American financially. Outright theft is another example of financial abuse.

Who Abuses the Elderly?

So who are the biggest perpetrators of elderly abuse? Believe it or not, the most common abusers are actually family members. Studies say that spouses and children are responsible for the most abuse among the elderly. The NCEA says that the most common type of abuse within a family is neglect. Other common abusers of the elderly include friends, neighbors, caretakers, or anyone in a position of authority, control or trust.

Fighting Back Against Elderly Abuse

In recent years, several organizations have attempted to shine the spotlight on elderly abuse in an effort to end the problem. In 2006, the International Network for Prevention of Elder Abuse made June 15th World Elder Abuse Awareness Day. Events are held around the world to raise awareness of elderly abuse.

Organizations dedicated solely to fighting back against elderly abuse include:

Each state also has Adult Protective Services designed to protect older Americans who have been abused, exploited or neglected.

Despite the best efforts of the aforementioned organizations, elderly abuse continues largely unrecognized. Those who are suffering abuse are often silent, so keeping the lines of communication open is imperative to getting a loved one the help they need.