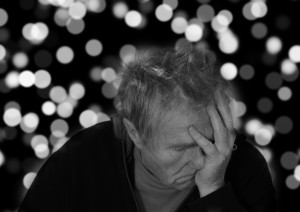 Washington State has recently seen significant growth in their elderly population. Washington declares anyone over the age of 60 as an “elder”. The United States has also seen a rise in the reports of elderly abuse. Washington imposes stringent laws to protect their elderly community. However, they need the help of their citizens in order to keep up with this tragedy. Knowledge is the best resource for keeping people armed to help the elderly in Washington. Below is a list of helpful laws, regulations, and resources that will help you to understand elder abuse and ways to help people in need.

As of 2009, according to Washington State Adult Protective Services (APS), there are nearly 15,000 reported cases of elder abuse.

Since then, the elder population has continued to grow rapidly over the past 5 years. With the expansion of medical technologies, the elderly have continued to live longer and better lives. However, this also continues to the ever-increasing number of elder abuse reports that Washington authorities receive each year.

In fact, Washington State’s Adult Protective Services saw an increase of 48% over a 5-year period for elder abuse reports.

Fortunately from people suffering from elderly abuse in Washington State, there are many laws and regulation with the intent to protect the elderly from any type of abuse. Washington declares that a person 60 years of age or older who lacks the functional, physical, or mental ability to care for him or herself is eligible to receive assistance with abuse and protection by the law.
The Washington Adult Protective Services (APS) is authorized under the authority of the Washington government as an agent of the Department of Social and Health Services (DSHS) to protect any elder that has been reported being abused. They have the power to investigate claims and take the necessary legal action against the perpetrator.

Please contact any of the following authorities on elder abuse if you need to report an incident in Washington State.

Elders and people who have an elderly love done, please report any sign of abuse to the appropriate authorities, your efforts can make a difference.