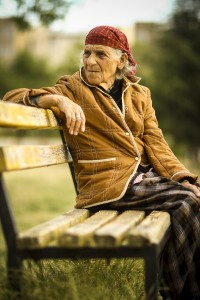 In Utah, at least 10 cases of elder abuse are reported each day. Heartbreaking stories pour in every month about the emotional, psychical, financial, or even the sexual mistreatment of Utah’s elder community. Anyone suffering from abuse of any kind in Utah please know that there are many solutions available to you. In response to the recent rise in reports of elder abuse, Utah has taken immediate action by strengthening the foundation of their laws and regulations to support elderly victims of mistreatment.

A census taken back in 2004 illustrated that the elderly population of Utah was approximately 206,600 people. Over the last decade, this number has seen exponential growth.

Another census was taken in 2010 that suggests that the number has jumped to nearly 300,000 elderly people in the Utah population. Utah is coming up on another 6 years, in 2016, of expansive elderly growth and with it, increased elderly abuse.

With the advancement of medical technology and increasing of the national longevity, reports of elderly abuse are only going to start becoming more numerous. The state of Utah has taken action against elderly abuse by issuing state-wide legislation to protect people from mistreatment.

The state of Utah deems any persons over the age of 65 as an “elder”. People that fall under this categorization can receive relief from abuse from the following laws and regulations, sanctioned by Utah.

Under state law, the Utah division of Adult Protective Services must investigate any claims of mistreatment or manipulation and collaborate with local law enforcement to intervene, in an effort to overcome the initial and long-term effects of abuse.

In addition to these legislative acts, penalties for elder abuse have also become more stringent, under the Title 76 Chapter 5 Section 111, the Abuse, neglect, or exploitation of a vulnerable adult, listing the penalties for abuse.

Utah is a proud host of many organizations and services with a dedicated workforce, ensuring the safety and protection of the elderly population. Such organizations include:

The Utah Adult Protective Services has the authority to help anyone suffering from abuse, reach out if you or someone you know is showing signs of elder abuse.