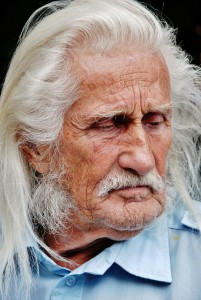 Texas is home to nearly 2.5 million elderly residents, and tens of thousands of elderly abuse cases are reported each year. Texas officials and the federal government have pooled their efforts to implement laws and regulations to help ensure the safety and security of the elderly community. In fact, any resident of Texas that does not report a known case of elder abuse will be liable and charged with a class B misdemeanor. With more than 4,000 cases of elderly abuses each year, in central Texas alone, they are among the few number of states that have less than 12% of reported elderly abuse cases. However, this is still not good enough. Texas authorities need incidents to be reported and victims to overcome their fear or anxieties in order to speak up.

Adult Protective Services released that in 2012, 87,487 investigations of elder abuse were conducted during the fiscal year. Of those initial reports, 59,595 were validated.

Adult Protective Services also gave a startling figure that the number of in-home elder abuse cases has increased over the last ten years by 35%. Not all of this can be attributed to the increase in the elderly population either.

Although 2012 only saw a 60% validation rate, nearly 90% of all reported incidents are validated upon investigation in general. This means that that the overall ratio of elder abuse is increasing. This is probably due to the expansion of technology, creating easier methods of financial exploitation.

Texas has passed a number of laws that are geared towards helping the elderly receive protection and recover from abuse. Such laws include the Tex. Hum. Res. Code Ann., Chpt. 48 Investigations and Protective Services for Elderly and Disabled Persons and the Tex. Admin. Code § 40.19-705 Adult Protective Services.

Both laws help to define the terms “elderly” and “abuse” and give authority to organizations to investigate and protect the elderly community against any incidents of abuse. These laws better define abuse in all its forms (neglect, financial, psychical) and help legal representatives in assisting elderly individuals that have suffered as a direct result of abuse.

Due to the major factors playing a role in the increase of elder abuse in Texas: growing number of adults with disabilities, unemployment, lack of affordable housing, and many more, the state of Texas has provided organizations with the power and authority to help those in need.

Elder abuse Texas victims need to know that there are plenty of resources to receive aid and finally rid yourself of abuse. Contact the Texas Department of Aging and Disability Services for more information.