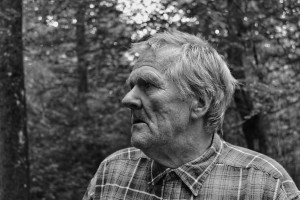 With thousands of people turning 65 daily in 2015, there is bound to be more elder abuse with this recent increase. This is something that’s happening around the country. States have begun to strengthen and increase their various organizations and statutes to accommodate the increase of the elderly population. The best thing that people can do to help this epidemic is report incidences of elder abuse once spotted. Many elderly people are afraid to speak up and ask for assistance in these matters. It’s up to the kindhearted people of Oregon to help their elderly community and notify the authorities, listed below, to seek immediate help for them.

As recently as 2010, the state of Oregon suffers an estimated 27,000 reports of elder abuse each year. Of that figure, 12,000 incidents were from reports of neglect or emotional abuse. In 2013, only three years later, the Oregon Office of Adult Abuse Prevention Investigations released a statement that showed 35,000 cases of elder abuse. The numbers are only continuing to worsen with each year.

This is a startling jump in just a short amount of time. Not only has the total numbers of incidents increased, but there also seems to be a shift from emotional or neglectful crimes to financial abuse or manipulation, totaling around 10% of all elderly abuse reports.

It’s important for each state to maintain control over the rapidly expanding problem, but they also need the assistance and cooperation of anyone that witnesses abuse in order to handle the rapidly growing problem facing the state of Oregon.

The 2011 Oregon Revised Statutes ORS Volume 3, Chapters 90 – 130 ORS Chapter 124 has instituted laws to define what elder abuse is and who qualifies as an “elderly person”. This is helpful in quickly taking legal action against those that have committed a related crime.

Various other acts also empower the following agencies to investigate and intervene when they receive reports of abuse. In addition to this statute, the state of Oregon has also implemented several policies within the Oregon sheriff and police departments to create specialized task forces specifically for the protection of the elderly. Among these entities are the Oregon Governor’s Elder Abuse Task Force and the Oregon Division of Seniors and People with Disabilities.

Those that require help simply need to reach out to the authorities. Some of the many resources people in Oregon can use are:

You can contact many of these organizations with a toll-free number that is accessible 24 hours a day.

For more information on elder abuse and which organizations to contact about your specific issue, contact one of the organizations mentioned above.