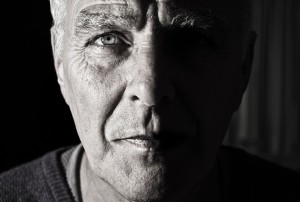 Elder abuse in Mississippi is becoming a growing problem. With recent reports of elder population growth, due to advances in medicine and science, there are also more cases of elder abuse as well. In Mississippi, Abuse is defined as “ . . .the willful or non-accidental infliction of physical pain, injury, or mental anguish on a vulnerable adult, the unreasonable confinement of a vulnerable adult, or the willful deprivation by a caretaker of services which are necessary to maintain the mental and physical health of a vulnerable adult”. Under Mississippi law, anyone witness to crimes falling under this definition of abuse must report it to the Mississippi Department of Human Services. Some elders do not feel safe reaching out for help, it’s up to everyone to do the right thing and contact the proper authorities.

The number for elder abuse cases in Mississippi is staggering to say the least. According to a recent article published by Elder Abuse Daily, suggests that elderly related incidents are continuing to grow at a rapid pace.

In fact, many states report less than 10% of the elder population (60+) is suffering from abuse. However, Mississippi has an elder population of 516,129. They receive yearly reports of around 60,000, slightly higher than the country’s average.

Most elders don’t want to speak up against abuse because they feel embarrassed or ashamed. If you or someone you know is in a situation of abuse, you need to take the time to speak with one of the authorities listed below.

The team is fully committed and empowered to protect vulnerable individuals, such as the elderly, from various forms of abuse (Neglect, financial manipulation, and physical).
Mississippi also has criminal penalties for elderly abuse, depending on the severity; individuals may serve 1-40 years of imprisonment for their crimes.

Please report any violations or crimes against the elderly to the Mississippi Department of Human Services. If in need of immediate assistance, you can also reach one of the following organizations dedicated to the protection of the elderly as well. The Mississippi Office of Attorney General has a toll-free hotline where they can be reached and for life-threatening or dangerous situations, do not hesitate to call 911 for assistance.

Victims of elderly abuse in Mississippi, and across the country, must know that the law is always on their side and every state has some law or organization that can help. You just need to pick up the phone to reach out.