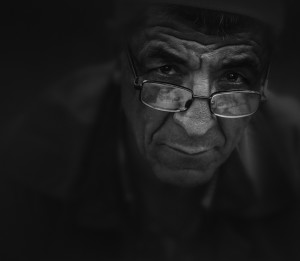 Elderly abuse has become one of the biggest issues threatening the older population of the United States. It wasn’t that long ago that no one was talking about this epidemic that has divested the lives of thousands of people each year. In recent years, many states have made the effort to pass legislation to help victims of elderly abuse. Michigan has taken many steps to ensure the safety and protection of any individual that simply reaches out to one of the multiple organizations set up to assist the elder population. People have come a long way over the past few decades and there is plenty of help available to anyone willing to seek it.

Only a little more than a decade earlier, the Adult Protective Service department reported in 2001, that the number of elders abused in Michigan was roughly 9,000. Of those reported, 70% of these incidents were from neglectful abuse, 15% was from physical abuse, and the remaining 15% was from some form of financial manipulation.

Since then, another report was compiled in 2012 by the Adult Protective Service department in Michigan. They reported 25,000 incidents of elderly abuse and have increased a few thousand each year. This increase is due to the continued growth of the elderly population as a whole.

This has been a radical increase in a very small amount of time. In addition, there has been a major shift from neglectful abuse to financial. The country as a whole suffers a 2.6 billion dollar loss from elder financial abuse alone, according to a recent study from Metlife.

Elders and those close to an elderly person should know that Michigan has certain laws and regulations in place to help people suffering from elder abuse. There have been state laws and amendments enacted since 2012 regarding elder abuse. These laws have been used to define and detect elder abuse in Michigan and provide aid to elders through a wide variety of organizations, law firms, and statutes that protect people from abuse.

Some of the resources that Michigan has made available to the public are Michigan Adult Protective Services, Michigan Department of Human services, Michigan Long Term Care Ombudsman, and the Michigan Office of Attorney General. All of these services are set up with a 24-hour hotline to ensure the safety and protection of anyone being abused.

Anyone suffering from elder abuse in the state of Michigan should contact Adult Protective Services first for assistance.