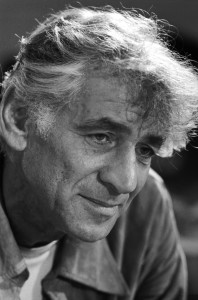 With the general rise in Elder Abuse as a result in the increase of the elderly population, states are being forced to reevaluate their laws and regulations on the subject. Illinois is just one of many states that have been seeing an increase in elderly abuse. The most common form of abuse is neglect, but there are more subtle and more violent types of abuse against the elderly, the leading problem in Illinois seems to be neglectful abuse. Elders from Illinois should know that there are plenty of ways to receive help and various forms of laws that can be used to seek justice and protection from those that have committed one of these crimes.

The state of Illinois estimates that around 76,000 of their elderly residents are being abused. Of this figure, only 8,000 cases are being reported throughout the year.

Another report states that 45% of the reported abuse cases are financial while another 25% are psychical. The remaining percentage is from active or passive neglectful abuse. Most states have higher percentages of neglect, but Illinois has a major problem with financial elderly abuse.

These are startling figures indeed. The elderly population is statistically not reporting these incidents due to fear of consequences, especially if the perpetrator holds a position of power over the individual, such as a caregiver role. However, Illinois has set up many state government agencies that will help any reports of elderly abuse.

The state of Illinois proudly boasts a number of dedicated agencies that can help victims of elder abuse. Among the many organizations that the state has in place to help the elderly are: Illinois Protective Services for Seniors, Illinois Department on Aging External Web Site Policy, Illinois Department of Public Health, Illinois Office of Attorney General. These agencies have 24-hour hotlines that are available to anyone willing to report an incident of elder abuse.

Please contact any of the above agencies if you or someone you know is suffering from elder abuse in the state of Illinois.