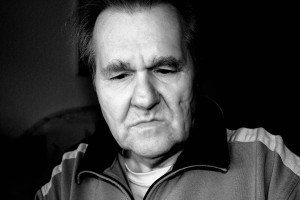 Since 2012, Georgia has seen a rise of their elderly population, jumping up roughly 1 percent each year since. The elder population seems to be growing more rapidly in comparison to the rest of the state. The result is also a rise in reports of elder abuse in the community. If you or someone you know is a victim of elder abuse, know that Georgia has a large pool of resources, statutes, and organizations that can help you recover. Reports of abuse vary from state to state, with neglect, physical, and financial abuse being the highest forms. Victims must remember that elder abuse is something that needs to be addressed in this country, and the only way to correct the problem is for people to report incidents to the proper authorities.

The latest aging trends of Georgia illustrate that over one in every eight, or 12.8%, of the population is an older American (60+). Georgia has the ninth fastest growing 60+ population and the eighteenth fastest growing 85+ population in the United States. Georgia DHS speculates that “Georgia’s population ages 60 and above is expected to increase 75% between 2010 and 2030, from 1,450,968 persons to 2,533,710 persons”
The Georgia Department of Human Service’s Division of Aging Services has stated that since 2011, the Adult Protective Services reported an average of more than 3,000 cases of elderly abuse
These numbers are staggering to say the least. Remember, there is a variety of different groups available to help individuals at any time, most with 24-hour hotlines.

Fortunately for individuals dealing with this issue, there are a number of laws that support the victims of elder abuse in Georgia. Under Georgia law, any person or institution is required to report suspected abuse, whether it’s neglect or financial exploitation, to the Department of Human Resources.
Upon receiving a report, APS must conduct a prompt, thorough investigation. APS will provide or arrange for protective services with the victim’s consent if the investigation shows that the adult needs them.

Some helpful resources to assist you or a loved one with any elder abuse problems are as follows:
Senior Adult Victims Advocate (SAVA)
Area Agency on Aging
Senior Citizen’s Hotline (Atlanta Legal Aid)
Office of Regulatory Services Long Term (If the senior resides in a nursing home)
Governor’s Office of Consumer Affairs
If you or someone you know needs help with elder abuse in Georgia there are many resources that can help.