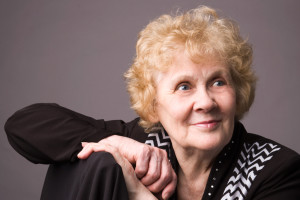 Millions of senior citizens decide to spend their golden years in Florida. Whether it’s the climate, the beach, the golf, or the tax rates, Florida is the choice of many once they decide to call it a career. However, recent elder abuse Florida statistics show that a dream retirement has turned into an unspeakable nightmare for far too many.

Abuse of senior citizens in Florida may be on the rise, but local and state government agencies are stepping in and stepping up for victims. Several groups for elder abuse Florida victims have also been created in an effort to give a voice to those who often feel voiceless.

Elder Abuse Florida: By the Numbers

Elder abuse Florida statistics, especially in South Florida, are revealing an alarming and disturbing trend. State stats show that the number of elder abuse cases just in Broward County nearly eclipsed the 5,200 mark in 2011. There were less than 4,700 in 2010. While in Palm Beach County, there were just under 4,000 cases of senior citizen abuse in 2011. There were just over 3,500 the previous year.

While most may think of abuse on a physical or psychological level, financial and sexual abuse is also unfortunately prevalent in society. The majority of abuse victims say they were neglected by those who were supposed to be caring for them most.

Several of the toughest and most stringent laws and regulations regarding elder abuse have been enacted in Florida. In fact, it is mandatory for people who suspect elderly of abuse of any variety in Florida to report their evidence to the proper outlets and authorities. Anyone who suspects any form of abuse is HIGHLY ADVISED to get in touch with your local or state agencies.

There are also a number of groups that have been created to protect the rights of the elderly, including the Florida Attorney General’s Seniors vs. Crime Project, the Florida Coalition Against Domestic Violence and the Florida Elder Crime Practitioner Designation. There are also specific toll-free hotlines available for suspected abuse in the home or long-term care facilities. Elder abuse Florida victims also have a statewide and toll-free legal helpline at their disposal.

Elder abuse Florida victims must remember that they are far from alone and good people are willing, ready and able to help!