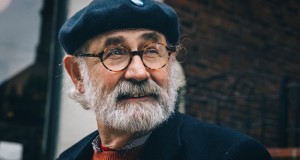 As a result of the recent increase in abuse cases against the elderly, many states have taken to increasing laws that serve to protect the elderly community. For example, states such as Arizona and Alabama have bills passed by their house to severely prosecute abusers in cases of elder abuse; they even protect this community from the prominent case of financial exploitation.

Will many states have risen to the challenge facing many elderly Americans today, some states are only now realizing the devastation abuse has caused the entire community and don’t have the necessary legislation in place to protect its vulnerable citizens.

For this reason, it’s important to review the various laws and policies your state offers for protecting against elder abuse. Click here to find your state and the statistics and laws it has in place for you or your loved ones.

While there are many more federal laws in place to protect the elderly, here are the most significant and comprehensive laws you or our loved one can look to for protection.

There are many resources on this site to get you the help you need to fight against elder abuse.