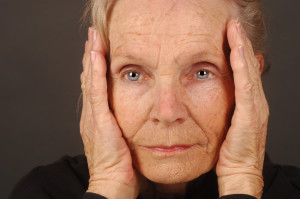 Unfortunately, nursing home elder abuse can be in many forms and not all of them are easy to recognize. Physical abuse can be easy to detect because of the injuries inflicted, but even then some will lie about how they suffered the injuries to protect themselves from further abuse.

The elderly can be abused emotionally through intimidation, threats, blaming, name-calling and isolation. Cases of older Americans being abused sexually in nursing homes have also unfortunately been reported. The elderly can also be abused financially.

A report prepared by the U.S. Congress revealed some alarming and disturbing information. The report concluded that an astounding one-in-three older Americans living in nursing homes suffered some form of abuse. Over 1,600 cases of abuse were serious enough to cause actual harm or place the residents in immediate jeopardy of serious injury or death.

According to the report, inadequate medical care, dehydration, malnutrition, poor sanitation and hygiene, and untreated bedsores were among the most common forms of nursing home elder abuse. Some disturbing cases of nursing home elder abuse were also reported, including caretakers physically assaulting people to the point of breaking bones, and graphic reports of sexual crimes and molestation.

The Elder Abuse Victims Act of 2011 was introduced by the 112th Congress in March of that year. The bill, which is sponsored by Senator Her Kohl of Wisconsin, was designed to better protect and advance the rights of victims of nursing home elder abuse. It was also created to help investigate, pursue and prosecute nursing home elder abuse cases. Unfortunately, the bill was introduced and referred to a special committee on March 2nd and hasn’t moved since.

The victims of nursing home elder abuse will tend not to report anything themselves out of fear of more abuse or retaliation. If you suspect nursing home elder abuse is taking place, there are several agencies you can get in touch with. If a loved one is in an emergency situation, call 9-1-1 or contact the police immediately. If the situation is less severe, each and every state has an agency specifically created to deal with abuse of the elderly.

Nursing homes, assisted living facilities or other types of care homes typically have an abuse hotline.

Unfortunately, the biggest abusers of the elderly are family members, making it even more difficult to report. However, it’s important to remember that you are not alone and caring people are available to help.

Nursing home elder abuse doesn’t have to be a silent epidemic. Speaking up and speaking out will not only help yourself, but it will help give others the courage and the strength to report abuse themselves.