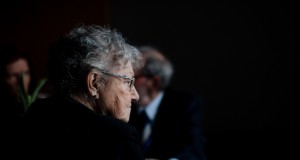 A conservative figure of elder abuse cases, from MetLife studies, suggests that the number of elderly suffering some type of abuse is about 1 in 6 in the United States. The most common form of elder abuse relates specifically to financial abuse. People close to the victim or in roles of power often influence the elderly to willingly or unwillingly relinquish their savings. In many other cases, people in caretaking positions neglect the elderly and pocket money that would otherwise go to medication, better living facilities, and even sanitary measures that are needed to maintain a comfortable lifestyle for our most vulnerable elders.

This problem has persisted for quite some time and hasn’t gained much traction until beloved actor, Mickey Rooney, testified before a special senate committee about his terrible experiences of financial abuse back in 2011.

The problem extends much further than millions of harrowing stories about personal struggles with elder abuse. Measured in dollars, according to the Elder Justice Coalition, the money taken away from this country’s elderly community is 2.9 billion dollars annually. Taking into account the money associated with elder neglect, medical fees make that figure rise to around 5 billion dollars per year.

This is a troubling statistic that leaves our nation’s vulnerable at the mercy of online scammers, thieves, and neglectful caretakers looking for an easy way to make money. It also leads to an attitude that will leave all future generations without the means to live a happy and healthy life after retirement.

Without any firm laws or enforcement to handle the growing problem, people are left with no alternative other than to quietly withstand the fallout of these greedy and cowardly actions.

For this reason, now more than ever, it’s important to become well acquainted with the elder abuse laws of your state and learn to identify the signs of abuse as well. While many seem to be complacent with the current state of affairs, these numbers continue to rise and more elderly are less likely to report incidents because of how abuse is perceived in America.

The best tools for battling elder abuse is learning the laws of your state and reporting incidents when you see the signs. More information is available on this site by following the links above.